Yellow Letter 30 cal and 50 cal Ammo Cans are Back in Stock! 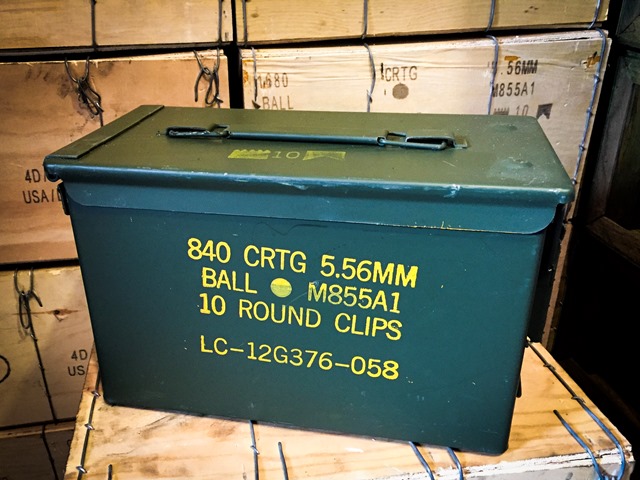 We are happy to announce the receipt of a large lot of yellow lettered M19A1 30 cal ammo cans and 50 cal size M2A1 ammo cans. The Lake City Army Ammunition Plant (LCAAP) has discontinued the yellow lettering on their ammunition production line in favor of white digital printed lettering. The new cans are the same USA made quality, but the white type just doesn’t have the same classic military style as the discontinued yellow cans. These are likely some of the last of the un-issued classic yellow lettered Lake City cans that will be available outside of government auction channels. As the remaining few of the yellow cans travel through the supply chain they have been harder and harder to find but are available here for a limited time.
Our current lot of new condition 30 caliber M19A1 ammo cans are labeled for 200rds of linked 7.62 M80 ball ammunition and are available in the original wire-bound wood ammo crates. The exterior of the wood ammo crates are stenciled with US military and NATO markings.
The M2A1 “50 cal” size ammo boxes are labeled for 840rds of M855A1 5.56 ammunition. The M855A1 spec ammunition is the recently adopted replacement for the M855 62gr “green tip” light armor piercing round and is currently being phased into inventory across the services as mandated by congress. The fact these cans are labeled for M855A1 makes them pretty rare since this round was not widely circulated in 2012 which is the year this lot of cans came from. These cans are likely from the initial wave of production used for testing and evaluation and will only be available in white lettered M2A2 cans going forward.
The classic yellow letter ammo cans inside of the original ammunition crates have been our most popular product and are available in limited quantity until they are gone. CleanAmmoCans.com is the only source for new condition, un-issued, USA Made, mil-spec ammo cans. Combine our new condition ammo cans with our mil-spec stripper clips and bandoliers to repack your ammunition to original military specification for years of sealed, weather proof storage. Check out our product reviews and purchase with confidence! 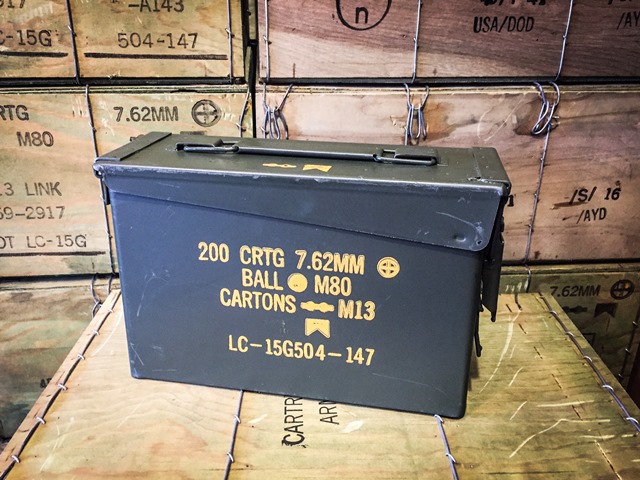 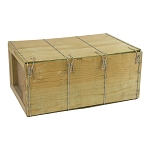 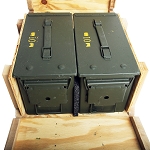