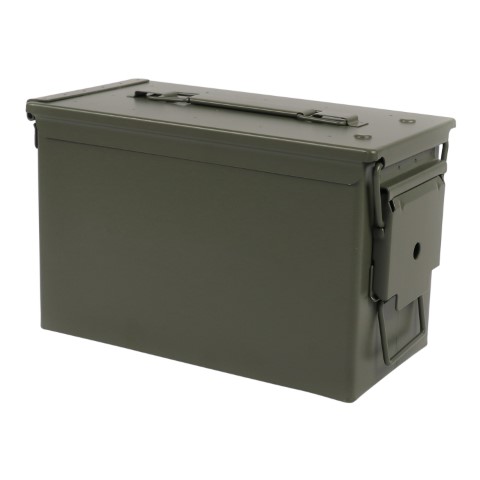 The team at CleanAmmoCans.com is super excited to announce the arrival of brand new, USGI ammo cans! We believe these particular ammo cans are the best ammo cans available based on the processes used by this particular manufacturer. When combined with our other mil-spec ammunition packaging components, these ammo cans will provide the best long-term ammunition storage solution.  We are familiar with the different ammo can manufacturers and were fortunate to get the opportunity to place a large order with our preferred manufacturer.  It is usually pretty hard to get access to new manufacture USGI ammo cans, but we got some!
Most readily available new production ammo cans are Chinese manufactured knock-offs that are not made to US or NATO specs. The topic of Chinese vs US ammo cans has been a hot debate for a long time. During the process of purchasing these ammo cans we learned a lot from the manufacturer about the ammo can production process. Our eyes were opened to the differences between mil-spec and commercial grade ammo cans.

Before we discuss the quality differences, we have some other issues with Chinese ammo cans. First and foremost, they are from China. We are fundamentally opposed to supporting what is surely to be our next major military rival and will go out of our way to support US based, and allied manufacturers first. The Chinese Communist Party is openly working to destroy the prosperity of the United States and undermine our international standing. We have wanted to provide a new production option as a complement to our hand-sorted, cleaned, and graded surplus ammo cans for a long time but were not willing to provide ammo cans from China. It is unrealistic to completely boycott all Chinese produced consumer products since they are so pervasive, but we weren’t willing to compromise on our ammo cans.
We have been approached by a number of manufacturers of Asian manufactured ammo cans but were never comfortable with the quality, or the idea of supporting a rival Communist government. The paint, metal and seals on the Chinese cans are not built to US or NATO standards and favor cost saving measures over longevity, quality and durability. For example, US Military ammo cans are required to have a zinc-phosphate base coat that acts as a primer for the powder coat finish and serves as a corrosion barrier. Chinese ammo cans do not have the zinc phosphate base coat, and are mostly painted rather than powder coated. Powder coat is a more durable finish than plain ol’ paint but is a more costly process that increases the cost.
The seals required on US military ammo cans are a unique feature as well. The seals are made of high-quality materials that are costly, but they last. Chinese ammo can seals are made of a cheaper, conventional material that has been proven to have a shorter life span, which can compromise your ammo without your knowledge. We frequently hear from customers that believed their ammo was protected until they opened up one of their cans and found a torn or deteriorated seal had allowed moisture to contaminate all their ammo. 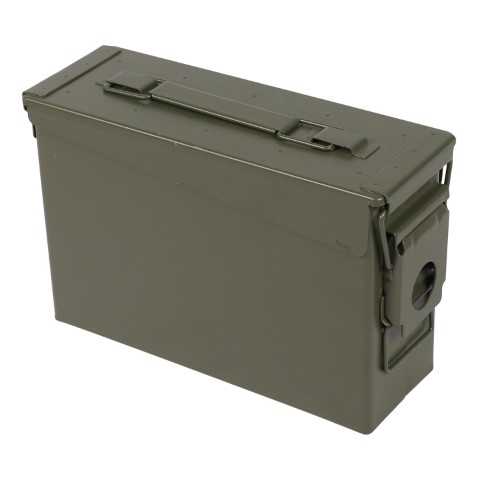 While Chinese ammo cans may look similar to the US Military and NATO spec ammo cans, there are some significant differences that can compromise your investment. Ammunition prices are through the roof. Ammunition purchases now represent a real investment. With 5.56 prices as high as $1 per round, quality ammunition packaging makes more sense than ever before. Quality, military specification ammunition packaging represents a much lower portion of the overall ammunition investment than before. Would you store $1000 worth of ammo in an ammo can that is knowingly built with an inferior seal? The seal is the most important part of the can and is the only barrier between your ammo and the environment.
We are super excited to be able to offer a high quality, new ammo can option to our customers. We know some people swear by Chinese ammo cans and that’s okay. We interacted one-on-one with the folks that build these cans and learned the differences between their product and the Chinese imitators. Even more so than before, we’ll happily spend a little more for a quality ammo can compared to the Chinese versions. We know you’ll love these cans and look forward to continue being your one stop for the best military spec ammunition storage products!
Check out these bad boys here: https://www.cleanammocans.com/new-50-cal-m2a1-usgi-ammo-can.html
SHARE THIS POST
Previous Post
Next Post