Protect Your Ammunition From Floods with Mil-Spec Ammo Cans

Posted by CleanAmmoCans.com on 10/23/2022 to Ammo Tech
Hurricane Ian and the people of Florida are on everyone’s mind right now. With images of flooding, toppled trees, and leveled homes, it's hard not to have compassion for those affected by the storm. With news that most of the Florida homes in the path of Hurricane Ian lack flood insurance, it gives pause to us at Cleanammocans.com for those that are suffering losses from this natural disaster. Personal property loss is unavoidable in situations like this, but your ammunition can easily be protected from water intrusion with the proper storage system.
Once the flood waters recede and those impacted by storms get the opportunity to assess the damage, we often hear from folks stating they lost all their ammo. In the aftermath of Hurricane Harvey we heard this tale many times. After a loss, folks commonly look to implement proper storage to prevent a similar loss from happening in the future. Many of us have been amassing ammunition for years and have made quite an investment. We hate to hear about lost ammo when it could have been prevented easily by implementing proper storage practices. It is too late to start building the ark when it starts raining.
Metal ammo cans are 100% sealed and are your best defense to protect your ammunition and other valuables. When ammunition gets wet, it often leads to corrosion not only of the casings but the primers as well, resulting in complete loss of your costly ammunition investment. Metal ammo cans provide an airtight seal to ensure the contents inside will stay dry. Mil-Spec ammo cans have a more robust seal than foreign ammo cans and provide the best protection against moisture, and water intrusion. Ammunition stored in a mil-spec ammo can be submerged indefinitely without risk to the contents of the ammo can.
Don't store anything you want to protect from moisture in a plastic ammo can. I can speak from personal experience that plastic ammo cans, even those that have rubber seals, will undoubtedly allow moisture into the can. I lost over 1000 7.62 x 39 rounds because it was stored in a plastic ammo can and forgot about them. We’ve also had customers claim that they’ve left ammo in plastic ammo cans overnight only to find condensation on the inside of the cans the next morning. Many people purchase plastic ammo cans thinking they are effectively protecting their ammunition from moisture but find out that plastic cans don't seal after its too late and their ammunition has been ruined.
In conclusion, we as Americans are blessed with some of the most beautiful and unique landscapes the world over. The landscape varies from tropical beaches in Florida to peaks in the Rocky Mountains, from rolling prairies and barren deserts in the West, to dense wilderness areas in the Northeast and Northwest. With all this natural wonder, we sometimes forget to prepare for when mother nature turns against us. Proactively safeguarding your ammunition and valuables in proper storage containers like mil-spec ammo cans ensures the long list of tasks to rebuild your life after a flood will not include replacing your ammunition.
If you would like to learn about effective long-term waterproof ammunition, check out the article below:
The Best Way to Store Ammunition Long Term
SHARE THIS POST
Next Post 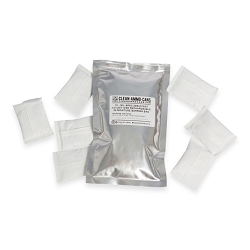 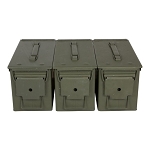