US Mil-Spec Ammo Cans vs Chinese Knock Off Ammo Cans 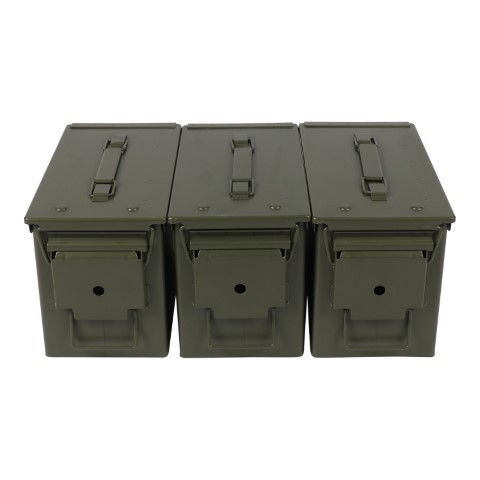 CleanAmmoCans is excited to announce new 50 cal size US Mil-Spec M2A2 ammo cans are in stock but we’d also like to explain why your ammo needs these cans. We get lots of questions asking “what is the difference between Chinese ammo cans and US mil-spec ammo cans?” Its natural to wonder if the higher price is worth it for mil-spec ammo cans. The cost of the ammunition in the can is so great compared to the trivial cost of the ammo can itself, we feel the small price difference between cheap ammo cans and quality ammo cans is justified. US Mil-Spec ammo cans cost more due to their superior materials and construction, and are overall more effective in providing safe, long-term ammunition storage. We talk to people every day that are replacing ammo cans that suffered seal failure, resulting in the loss of a great deal of ammunition to corrosion from moisture intrusion. Read on to learn the specific differences between US mil-spec ammo cans and Chinese ammo cans and how you can avoid ammunition loss by simply purchasing the correct ammo can.
If you watch YouTube videos on the topic you'll see lots of misleading videos where people hold up a Chinese ammo can and say they look just as good as a US ammo can so they must be just as good. Superficial examinations on YouTube shot from someone’s garage examining the cosmetics of the exterior of the cans don’t tell the full story and are not accurate. The similarities between mil-spec and Chinese ammo cans are only on the exterior. There is no comparison between non-mil spec cans and the genuine versions. The materials and construction are very different. US military ammo cans are required to be tested and certified to guarantee they perform to the military's requirements for nearly 30 years of unsheltered, sealed ammunition storage. 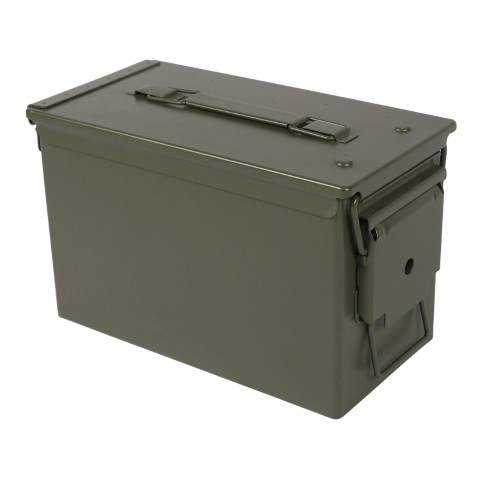 The new production ammo cans offered by Clean Ammo Cans are genuine US Mil-Spec ammo cans from one of the approved suppliers that make ammo cans for the Lake City US Army Ammunition Plant. The M2A2 design is the current version being fielded by the military for combat ammo and have some key improvements to the lid and hinge to increase seal life, overall durability, and long term integrity. These are the finest quality ammo cans available and offer the best protection of your ammunition for long-term storage. There is a big difference between US and Chinese, or other knock-off ammo cans. We’ll explain those differences below based on our experience and aided by facts from the actual ammo can manufacturer.
We created the comparison below to help explain where the differences are and why the mil-spec cans are worth the price premium over the Chinese knock offs that are likely to leave you with compromised ammo long before the genuine military versions.

·        US Mil-Spec ammo cans are subjected to a military salt fog corrosion test in accordance with MIL-DTL 3060G for 96 hours of 5% salt solution spray to ensure corrosion of the surface finish will not occur.

·        The finish on Mil-spec ammo cans will resist corrosion for longer periods of time and the thick powder coat finish is more durable than paint or thinly applied Chinese powder coat.

·        Chinese ammo can manufacturers cut corners by using a lower quality steel and reducing the thickness to reduce cost.

·        Knock-Off Chinese cans use a low grade low tensile wire which is more likely to snap or bend when handling the loaded ammo can.

·        Mil-Spec ammo can seals are made of military spec synthetic rubber in accordance with ASTM D 2000.

·        The gaskets are GRADE 4, CLASS A, TYPE A with a hardness reading of 40 hda and tensile strength of 7 to withstand years of compression with zero degradation or compromise to the sealing properties of the ammo can.

·        Chinese ammo cans are made with conventional rubber gaskets that dry rot similar to car tires. Over time they get brittle, crack and will fail much more quickly than the advanced seal required in mil-spec ammo cans.

·        When the cheap rubber seals in Chinese ammo cans fail, the owner never knows until they open the can and find their ammo ruined.

·        The seal is the most important part of the ammo can and is actually the most costly component of a mil-spec ammo can, revealing the emphasis placed on the mil-spec seal.

·        Knock-off cans go through zero testing whatsoever and are not held to any sort of standards, inspections or material standards.

·        Purchase of Chinese goods is fueling the economic and military advancement of the most probable rival in our next major shooting war.

·        China has outlines of US aircraft carriers in their bombing ranges for target practice and to aid the development of weapons specially designed to destroy US capital ships.

·        China is deliberately acting on a massive scale to marginalize US economic interests domestically and globally with the long-term goal of destroying the US economy.

·        China is supporting and working closely with our greatest enemies to counter US foreign policy, economic sanctions and undermine the US dollar.

·        Despite the current Ukraine Crisis with Russia, the US military strategy has singled out China as our greatest, and most serious threat. The US military daily operations are dedicated to preparation for war with China. 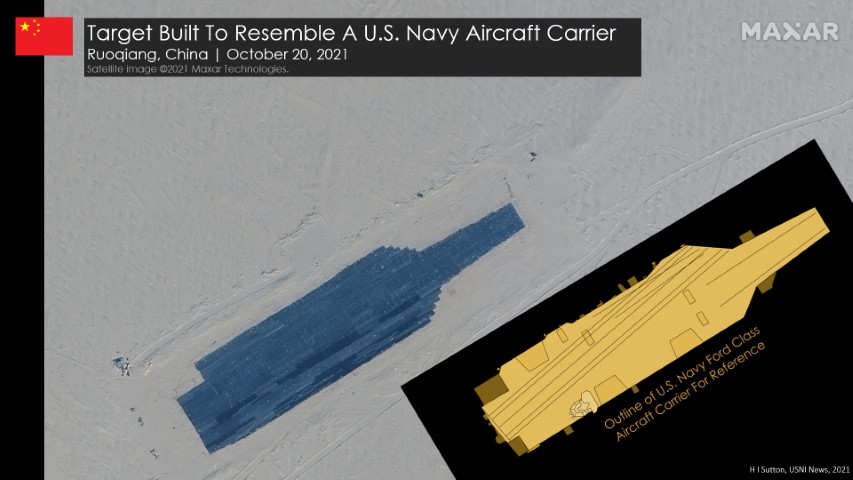 As you have probably gathered, we aren’t a fan of Chinese knock-off ammo cans, or China for that matter. But we are a fan of quality. We feel the liability of storing your cans in knockoff ammo cans is not worth it for the marginal cost savings between knock-offs and genuine mil-spec ammo cans. The differences are significant regardless of what the garage comparison videos on YouTube claim. We researched the topic with the people that make the cans and referenced the US military specs themselves when writing this article to ensure we are providing correct information. Clean Ammo Cans is excited to offer new, mil-spec M2A2 ammo cans but also have new production PA-108 "Fat 50" ammo cans and M19A1 30 cal ammo cans available. Together with the M2A2 size of ammo can, the PA-108 and M19A1 ammo cans allow our customers to choose from a full complement of new production cans in the most popular sizes. 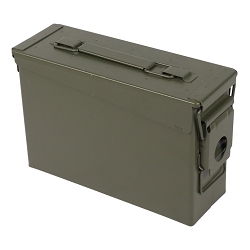 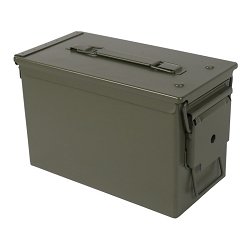 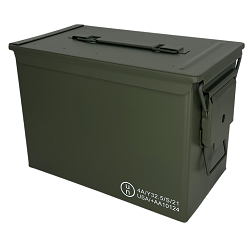